The Most Valuable Musical Instruments

Music is a magical and immersive form of art. For many, the value of music in life is priceless. However, the musical instruments behind the music they play often come with a high price tag. In fact, many instruments are worth a shocking amount of money.

What makes musical instruments valuable? There are a number of factors that go into determining the value of a musical instrument including, the maker, the quality, the condition, who played it, how long its been on the market and demand.

Before you purchase a valuable musical instrument, you’ll want to do some careful and serious research. Fine musical instruments are similar to collecting wine or art. They require extensive knowledge and often have very specific storage requirements.

Here’s a look at a 5 of the most valuable musical instruments:

Antonio Stradivari was a luthier in Cremona, Italy in the late 17th century. During his lifetime, he is believed to have crafted 1,100 violins. Today, there are only 650 known violins remaining throughout the world. This makes them very highly collectable.

The “Lady Tennant” violin by Stradivari was sold by Christie’s for over $2.03 million. This is the highest dollar amount ever paid for a musical instrument at public auction. Another Stradivari sold for $880,000. In private sales, these pieces may go for even more money. For example, The Stradivari Society purchases rare Stradivari violins, some of which have been valued at $6 million.

Valued at $959,500, the Stratocaster played by Clapton was a composite of three separate Fender Stratocasters that were built in the 1950s. Clapton is said to have purchased them at bargain basement prices in Nashville because, at the time, the guitars were not popular.

This guitar, one of only 15 made, was used by Roy Rogers, the singing cowboy. It sold for $554,500 at auction in 2009. It was once a part of the Roy Rogers and Dale Evans Museum in Missouri. 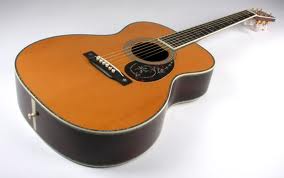 This viola made by renowned 16th century instrument maker, Gasparo Bertolotti da Salo was only one of 60 that he made in his lifetime. It sold for $542,000 at auction. Anything made by this fine instrument maker is of high value due to the rarity and quality of his work.

This piece was auctioned in 2009 for $362,500. It was originally up for dispute as to whether it was in fact made by Gagliano in 1765, but experts analyzed its style, pattern, design and materials to confirm it was authentic.