The lost Farberge Eggs are part of a collection of 50 delivered by Faberge to Emperors Alexander III and Nicholas II between 1885 and 1916. During the revolution, the  Romanov palaces were ransacked by the Bolsheviks. The Faberge eggs were inventoried and packed in crates that were then stored in the Kremlin Armory. A number of eggs disappeared in the chaos of the revolution. 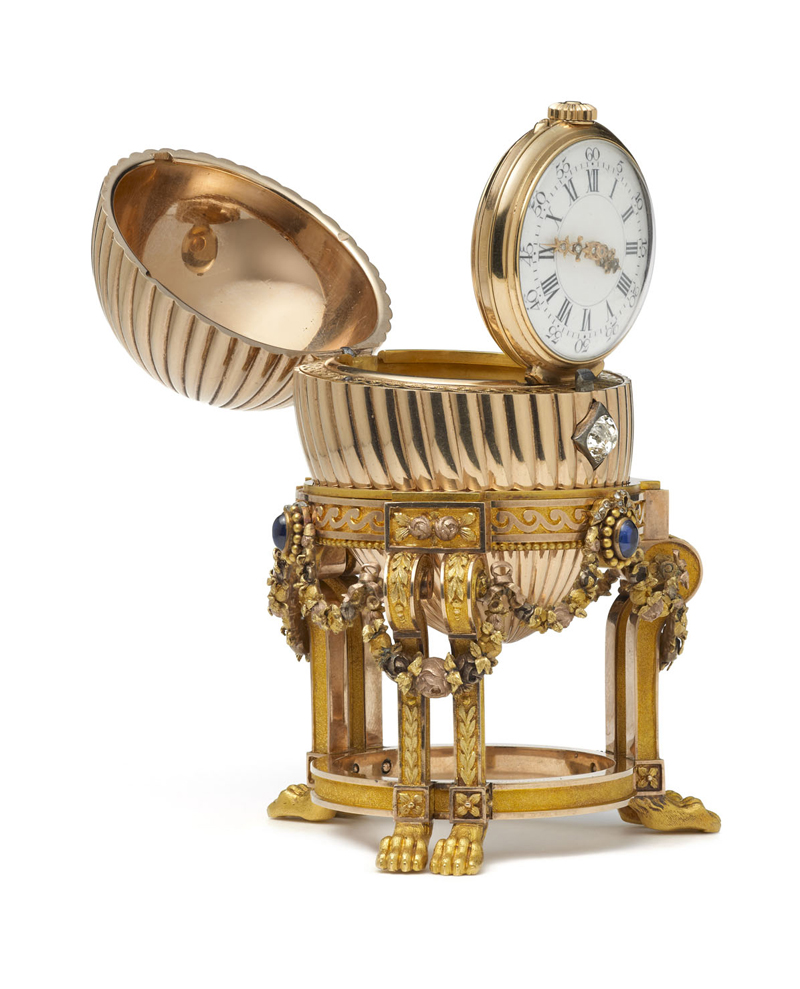 The Faberge Egg that was discovered in April is the Third Imperial Easter Egg. It was made for Emperor Alexander III of Russia. It had not been seen by the public for over a century. It was made by Peter Carl Faberge in 1887. It was last displayed in St. Petersburg in 1902.

After trying to scrap the piece for its precious metals and finding no interested buyer, the unidentified man did some research and discovered that it was one of the Lost Faberge Eggs. He sold it to Wartski, a London antiques dealer specializing in Faberge pieces. The egg was purchased for a private collector who agreed to show it in Wartski’s small showroom near Bond Street, part of London’s luxury shopping district.

The Lost Faberge Egg was showcased on Bond Street between April 14 and 17 in Wartski’s showroom in London. Only two of the remaining Lost Faberge Eggs are believed to have survived the revolution. This was an amazing discovery for collectors and historians. It just goes to show that you never know what items of value you may stumble upon in your day-to-day life.

If you have something you believe to be of value, it never hurts to stop by your local pawn shop and have it evaluated. Who knows, you might just have a priceless collector’s piece on your hands!